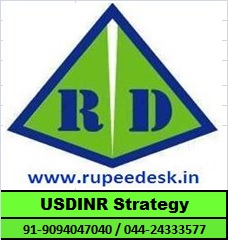 Dollar index is trading at 100.38, reversing from the highs of 100.99 in yesterday’s session. ADP‘s Nonfarm employment changes which was reported yesterday was better than expectation and helped US dollar to trade higher against majors. FOMC meeting minutes of 14th March were published yesterday and was hawkish, which not a surprise is considering that the central bank raised interest rates for the first time this year last month. It also stated that FOMC minutes indicated there was discussion over the balance sheet. Where Fed officials said they want to begin shredding the $4.5 trillion in bonds the central bank is holding on its balance sheet. Despite positive economic date we have seen profit booking coming in US dollar at the higher levels, and key reason for this was upcoming Trump-XI meet and concerns over trump’s tax reforms which are due since his inauguration. Today in terms of economic data we have Initial jobless claims to be reported and FOMC member Williams is scheduled to speak later. Now, markets would focus on Trump-Xi meeting, where trump has set a tone that “this meet will be a difficult one”. From Indian context we have RBI monatery policy scheduled for this afternoon and we expect RBI to keep the interest rates unchanged at 6.25.
Posted by Unknown